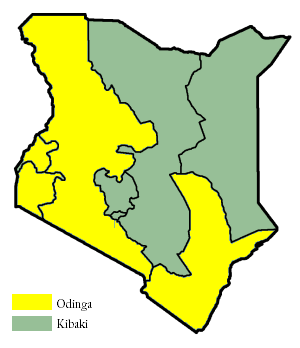 In 2007, Kenya defied its standing definition of a free and democratic state when communities rose against each other in the worst civil warfare in Kenyan history. Hundreds were murdered and thousands displaced from their homes and left landless. On February 28th this year, Kenya was celebrating two years since the signing of a peace deal brokered by former Secretary General to the UN, Koffi Annan after the Post poll chaos that rocked the country: a deal that saw the marriage of two rivaling parties working under one government. Since its birth, the grand coalition has been hit by massive tidal waves ranging from massive corruption, betrayal in allegiances to competition for power and might, all of which have constantly threatened to submerge it. I dare assert that the solution to our crisis lies not in the wisdom of a mediator who facilitated the signing of an accord, neither does it lie on the pressure mounted on our administration by foreign governments but rather on our leaders recognizing the “authority and power of one who was despised and rejected by men, a man of sorrows and familiar with suffering.”

I put it forth my position with great conviction and without the fear of contradiction that if the problem was with the leaders, then the solution will be based on the same leaders. But it’s not final with them. They have to recognize the power of the Most High. The leaders who acted as a dividing agent are the same leaders, in partnership with the church, under whose guidance this nation will stand up and move to be better than before.

To expound on this, I will use two classic examples:

First, there was Fiji. The documentary Let the sea resound, shows how it was transformed through fellowship and prayer from a place dominated by evil spirits, constant war and disease into a united and loving territory that fears and honors God led by the former president Josefa Iloilo.  It was moving to watch a president wake up early every morning to pray for wisdom before electing government leaders. It such a humbling act for a president to sacrifice his sleep and stand in the gap for the sake of his nation. Picture our president doing the same for our nation. Wouldn’t it be a great honor?

Then there is Pierre Nkurunzinza, current president of Burundi. A former rebel who took part in a massacre of civilians in his own country. He turned to God and became a hero in his country and a model of a mature Christian Servant Leader in the region. He transformed his country from a physical war zone to a spiritual prayer ground. He hosts a worship service every Sunday evening to pray and give thanks to God. When taking up office as the President, he committed himself to prayer every beginning of the week together with the speaker of parliament and other cabinet ministers.

See, our leaders only need passion and commitment like Josefa and purpose like Pierre to take our nation to greater heights. Only God can save us and our country from the mouth of the lion just like He did to Daniel in the lion’s den. Jeremiah 33:3 says, “Call upon my name and I shall show you great and mighty things that thou knowest not.” Our leaders can help write a new history of our country.